Hey P-rockers, it a brand new year with new resolutions to forget about. So let’s hurry up and get a gym membership to use once or twice. How about diet to break in a few weeks? Or… aw, screw it. Let’s just get downtown and party like it’s still new year’s eve.

• Tales for Tails
1st grade and up are invited to read to a specially trained dog.
@ Peekskill Field Library – 6:00 PM

What is losing it all?

• Tales for Tails
1st grade and up are invited to read to a specially trained dog.

Local Markets and Other Recurring Events

• Bicycle Rentals
On Water Street, a block from the train station, next to the Peekskill Brewery.
@ Pedal Peekskill

• Don’t see your event listed here? Don’t worry. Send a note to events@peekskill.rocks and we’ll be sure to add it.
• Please send by 5pm on Wednesdays, to make sure it gets into the first edition of our weekly round-up.
• Or you can post on our Facebook page.
Future events will be added to our peekskill.rocks calendar.

You may need that snow shovel one last time on Sunday. The last snowy hurrah! before the spring solstice.

But, spring is in the air downtown this Saturday.

There’s the Peekskill Farmer’s Market making it’s 2016 debut. It will be held not in it’s usual place on Bank Street, but on the plaza in front of the Peekskill Field Library. More info here.

And don’t miss the the indoor market at the Peekskill Flatz. They have food, pottery, clothing and much more!

Happy Valentine’s day for all you lovers! For those of you who managed to avoid Cupid’s arrow this year, there’s lots of love downtown to go around!

The weather forecasters on tv call it Snowmageddon. I call it winter. Chill folks, it snows in winter. Just dig yourselves out and come downtown to be fed and entertained.

Here is your weekly round up of events that are rocking Peekskill. For recurring events, please scroll to the bottom. 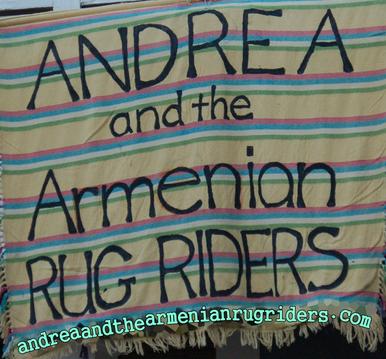 • Brazillian-Latin Jazz
with Annette A. Aguilar and the Stringbean 4Tet
@ The Beanrunner Cafe – 8:00 pm

This article is part of a syndicated series written by Paul Stark and focused on the things that make Peekskill special.

Corinna Makris has worked hard to give Peekskill a farmers’ market that’s state of the art.

No, there’s nothing high tech about this future – no clothing with built-in internet access, no self-driving trucks filled with fresh-picked produce. Just corporate-trained business savvy, a belief in hand-to-hand capitalism and a deep understanding that a farmers’ market should be so much more than an open-air supermarket.

If you’ve been coming to The Peekskill Farmers’ Market (Facebook, Pinterest), you know what to expect and you’re starting to recognize some familiar faces. But you may not know it hasn’t always been like this, or how it was transformed. (If you haven’t been coming to the market, it’ll be Saturday morning before you know it, so c’mon by)

Market day has been a special occasion since humans invented agriculture. Not only an opportunity for all kinds of buying and selling, but a chance to meet neighbors you haven’t seen all week, or all season. Away from familiar chores and familiar faces, there can be discussions, side deals, gossip, maybe a little flirting, maybe a little celebrating. And, at a more basic level, market day is a time for everyone to celebrate their personal participation in the bounty created by the fruitful and generative earth transformed by human work and ingenuity.

So, all that is old is new again. As Ms. Makris puts it, the Market offers a “revolution in shopping: it’s possible to buy what you need directly from the person who made it.” She calls herself a practitioner of “capitalist activism,” an advocate of what might be called hand-to-hand capitalism.

And you can meet the people on the other side of those hand-to-hand transactions. You can meet some of the Wengerd family and buy produce grown on their Rolling Ridge Farm in Mifflinburg, PA. The unassuming guy who sells the Cooperstown Cheese? His award-winning cheese has been served at the White House. The hilarious guy selling meat down at the end? All his cows have names, and in his spare time he flips (buys, restores, sells) classic cars.

How did Ms Makris, a woman whose mother celebrated her blossoming maturity by giving her Saul Alinsky’s classic Rules for Radicals, pass through high-level corporate capitalism to end up running a farmers’ market in Northern Westchester? She liked her corporate work: she was good at it, a “people person” who thrived within in an environment of clearly articulated rules and goals. But her populist instincts rebelled when she saw wealthy companies looting their employees’ pension funds. How could that not be wrong? How could that not be illegal? Eventually those and other abuses made waiting tables in Hudson the more soul-preserving alternative. She soon found work in community activism, and when the chance came to manage and grow a community endeavor that doesn’t do evil, she jumped at it and became part of the unfolding history of Peekskill.

What she’s grown at the Peekskill Farmers’ Market is a win-win raised to the sixth power.

It’s marketing for Peekskill’s downtown: it entirely changes Saturday’s tone, and brings people from ever-greater distances to enjoy Peekskill and spend money here. “You have to entertain the customers while they’re here. It has to be fun. You want them to spend the day in Peekskill. Hopefully, you want them to buy a house in Peekskill.”
Peekskill citizens get to buy farm-fresh produce and other good things, while having a market day, making new friends and running into the old.

Corinna is very concerned that every single one of her vendors is happy and making enough money to make the day worth the effort (efforts like heavy lifting and getting up at two in the morning).

The entertainers make it fun for shoppers while earning new fans, maybe selling some merchandise, and leaving with some tips and some farm-fresh produce.

And there’s even jobs, jobs, jobs. Some vendors hire locally. If you’re interested, Corinna can hook you up with whoever’s hiring. And while we’re at it, volunteering for the market will not only make you feel glad all over, but will look great on your resume.

Some important facts. The market operates under the auspices of Peekskill’s Business Improvement District. The theory, borne out in fact, being that the rising tide created by the Market will lift all boats in the district. But the Market doesn’t cost anyone anything: it’s not only self-supporting, but turns a profit. Some people believe City of Peekskill tax money is spent on the market – not true; in fact, the City gets paid by the Market for street closure.
There’s no electioneering at the market, but that doesn’t make it politician-free. “It’s a good place for elected officials to be seen – it’s neutral territory,” Corinna explains, “Everybody wants Peekskill to be a good place to live.”

Another win-win in the market’s six-dimensional win-win universe: Quirk Shop Peekskill (Facebook), a retail co-op for designers is slated to open on North Division in August. It will be curated by Jeorjia Shea, a designer whose work flew off the shelves when she was a vendor at the market. She’ll be representing other independent designers and providing gallery space for local artists.

I’m grateful that the Farmers’ Market is part of my Peekskill, and I see lots of grateful, happy Peekskillians (as many as 1,500 per market day) getting farm-fresh produce and so very much more every Saturday morning. Maybe I’ll see you there one of these Saturdays.